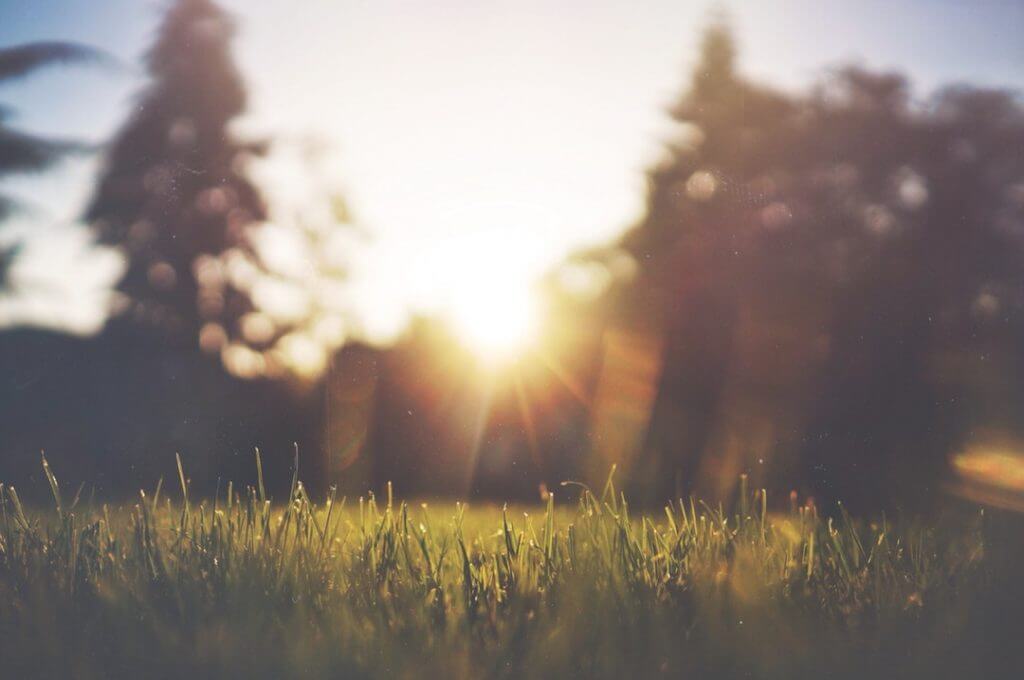 Post Summary: A collection of road trip trivia questions and answers to help keep you entertained on the open road.

The key to a fun road trip with family or friends is to have a collection of fun games ready to whip out when you’re feeling bored and need to change things up.

After the success with our prior post on 160 Fun, Deep, and Sometimes Silly Road Trip Questions, I knew I wanted to come up with some more fun road trip games, and more specifically…ROAD TRIP TRIVIA!

As a total trivia nut, I may have had a little too much fun rummaging through the internet to come up with this list of road trip trivia for long car rides.

These car ride trivia questions are all built around the theme of US travel, road trips, and landmarks. There also might be a sprinkle of something totally random.

**The road trivia answers are a few spaces below the question, so be aware of that if you’re looking to guess as well.

CHECK OUT OUR OTHER ROAD TRIP POSTS:
The Ultimate Road Trip Food List
7 Amazing Cross Country Road Trips
The Only Road Trip Packing List You’ll Ever Need
160 Road Trip Questions To Keep The Conversation Flowing
15 Tips For Surviving A Road Trip With A Toddler
17 Boredom Busting Things To Do On A Road Trip
The 40 Essential Items You’ll Need In Your Camper

1. Route 66 also goes by the names The Main Street of America, The Will Rogers Highway, and the Mother Road. What novelist, in their depression-era saga, coined the term “The Mother Road?”
.
.
.
John Steinbeck in his novel The Grapes Of Wrath

2. In 2003, fed up with the bad press, the stealing of signs, and the mysterious traffic accidents, transportation departments from Utah, Colorado, and New Mexico decided to rename what is now Highway 491. What was Highway 491’s former name?
.
.
.
Route 666

3. What coastal spot along the Pacific Coast Highway has been prominently featured by Henry Miller, John Steinbeck, and John Kerouac?
.
.
.
Big Sur

4. What animal is the ultimate “road tripper” and travels every year for up to 2000 miles to make it to the coast of California before winter?
.
.
.
The Monarch Butterfly

8. What was the first unofficial National Park of the United States?
.
.
.
Hot Springs National Park in Arkansas became federally protected land in 1832. Because there wasn’t a national park system in place yet, it’s “unofficially” the first National Park. It didn’t become a National Park until 1921.

10. What car do you need to spot in order to play the classic road trip game of screaming “punch buggy” or “Slug Bug” while punching your fellow passengers in the arm?
.
.
.
A Volkswagen Beetle or VW “Bug”

11. What highway has the grim distinction of having the most fatalities in the US?
.
.
.
Interstate 4 in Florida

13.  Which state is known as the gem state?
.
.
.
With its abundance of natural minerals and its history as a mining state, Idaho is nicknamed the Gem State.

15. Huckleberries are a sought-after summer berry that can not be cultivated. What are the five states where you can find huckleberries growing in the wild?
.
.
.
Idaho, Washington, Montana, Oregon, Alaska

17. What part of the US is famous for having reached a temperature of 134 degrees, the hottest temp ever recorded in the world?
.
.
.
Death Valley, California

18. The Mighty Five is a nickname for what 5 popular parks in America?
.
.
.
The Mighty 5 is a reference to the five national parks located in Southern Utah: Capitol Reef, Arches, Canyonlands, Zion, and Bryce Canyon.

READ MORE: Learn how to see Utah’s most gorgeous landscapes on an extraordinary Mighty 5 Road Trip.

19. Why is Chicago called the windy city?
.
.
.
Though the origins aren’t 100% known, it has nothing to do with its harsh weather. It’s believed that the term was coined in the late 1800’s to describe the political landscape in Chicago at the time and its “long-winded” politicians.

21. What National Park in Kentucky boasts the glory of having the world’s longest cave?
.
.
.
Mammoth Cave National Park has the longest cave system in the world. 400 miles have been explored and it’s estimated that the cave continues on for an extra 600 miles.

22. Which city in the US was named as the #1 adventure city by National Geographic, the top mountain biking town by Bike Magazine, and the #1 town in the West by Outside Magazine?
.
.
.
Boise, Idaho

23. Which mountains (pictured above) are famous for their smoky blue-tinged hue?
.
.
.
The Blue Ridge Mountains near Asheville, North Carolina

24.  What state is famous for having the most usable natural hot springs in the country?
.
.
.
Idaho

READ MORE: Learn how to see Idaho’s natural hot springs with our guide to the best hot springs near Boise.

28. What is California’s state animal that can be seen on it’s flag?
.
.
.
The grizzly bear. Oddly enough the grizzly bear is extinct in CA and was last seen in 1922.

28. Which city in the US has the most microbreweries per capita?
.
.
.
Portland, Maine comes in first with Asheville, NC at a close second.

29. What is the #1 road trip song according to Time Out Magazine?
.
.
.
Born To Run by Bruce Springsteen

30. In the 90’s era movie Thelma and Louise, the two lead women famously end the movie by (SPOILER ALERT) driving off a cliff in the Grand Canyon. Where was the final scene actually filmed?
.
.
.
Dead Horse State Park in Utah. You can see pictures of this glorious state park on our Instagram here.

31. In what state is it illegal to hang fuzzy dice or air fresheners from your rearview mirror?
.
.
.
Chicago

33. The Bald Eagle is America’s official animal, but since they aren’t actually hairless, what does the “Bald” part of the name come from?
.
.
.
Bald is an old English word meaning white. The bird got its name for its signature white feathers.

34.  McDonalds arches are always displayed in their signature golden french fry color, except in Sedona, Arizona. What color are the arches in Sedona?
.
.
.
Turquoise. Sedona has a rule that prevents buildings and signage from clashing with the natural surroundings. They opted for the more aesthetically pleasing color of Turquoise.

35. What animal, that has become synonymous with American ideals of freedom and the pioneering West, isn’t actually indigenous to the US and was brought over from Spain?
.
.
.
The mustang. The wild horses you can still see today are descendants of Spanish and Iberian Horses.

38.  What is the least visited National Park in the US?
.
.
.
Gates of the Arctic National Park and Preserve in Alaska. It’s thought of as “one of the last truly wild places on earth.”

39. What is the most fatal job in the US?
.
.
.
The use of heavy machinery and working with heavy logs makes logging work the most dangerous job in the US.

40. Which state issues the most traffic tickets per year?
.
.
.
Ohio, with Pennsylvania and New York in second and third place.

41. What attraction in the US gets the most visitors every year?
.
.
.
Times Square in New York City is visited by 40 million people every year.

42. What country gifted The Statue of Liberty to the United States?
.
.
.
France

44. Which city in the US houses the biggest amount of billionaires?
.
.
.
New York City

45. Which US City has the largest amount of hotel rooms?
.
.
.
Las Vegas, Nevada

46. Which state has the shortest road in the US measuring roughly 15 feet long?
.
.
.
McKinley Street in Bellefontaine, Ohio

47. Which state had no speed limit until 1974 when Richard Nixon mandated a federal speed limit?
.
.
.
Montana

49. Which state has the most expensive speeding tickets?
.
.

51. In Lancaster, California, a road is grooved to play which popular theme song if driven at 50 mph?
.
.
.
William Tell Overture made famous by the TV show The Lone Ranger. Originally, a TV ad stunt for Honda, the “musical road” is now preserved as an attraction by the city of Lancaster.

52. Every year you can watch over a hundred of what kind of animals swim to Chincoteague Island in Virginia?
.
.
.
Horses

55. In what state is the oldest and longest boardwalk?
.
.
.
At more than 5 miles in length, New Jersey’s Atlantic City boardwalk is the longest in the country.

59. What kind of flower bulbs were once exchanged as a form of currency?
.
.
.
Tulips

60. What kind of flower bulbs were once exchanged as a form of currency?
.
.
.
Tulips

62. What symbol, commonly used in pop culture, is technically called an octothorpe?
.
.
.
A hashtag

63. What “american” dessert comes from a recipe created in England and fruit indigenous to Asia?
.
.
.
Apple pie

64. What is the largest known living organism?
.
.
.
An aspen grove in Utah has an interconnected root system that is estimated to be 80,000 years old and takes up more than 100 acres.

69. What is the most expensive spice in the world by weight?
.
.
.
Saffron

70. Nephelococcygia is the practice of doing what?

71. In what state is it illegal to eat fried chicken with a fork?

.
.
.
Gainesville, Georgia passed a measure in 1961 making it illegal to eat fried chicken with anything other than your hands. Largely a joke, meant to promote Gainesville as a poultry center.

72. A small town in Iceland diverted a road so as not to disturb what creature?

75. Christian Bale studied which actors mannerisms to prepare for his role as a psychotic killer in American Psycho?
.
.
.
Tom Cruise

76. The Ancient Romans used to drop what food item into their wine for good health?
.
.
.
Toast, which is why we “raise a toast.”

77. What spice if taken in large quantities produces a mind altering effect?
.
.
.
Nutmet

78. Google Images was created because of which actress and her iconic dress at the Grammys?
.
.
.
So many people were searching for pictures of Jennifer Lopez at the 2000 Grammys that the search engine added an image function.

81. Where in the human body would you find the medulla oblongata?
.
.
.
The Brain

Did you ace the road trip trivia? If you’re looking for more entertainment, be sure to check out our fun road trip questions post and our list of 17+ things to do on a road trip.

Pin It For Later 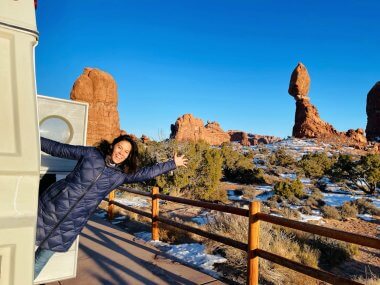 Read More
A Utah National Parks road trip is one of the most iconic American trips you can take. Up…
Read More 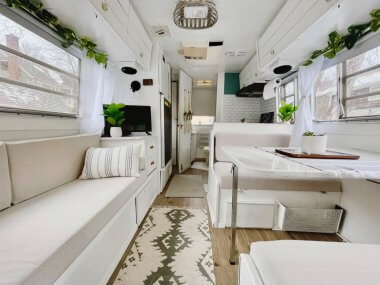 Read More
Post Summary: Everything you need to know about doing a camper renovation, including how to do a camper…
Read More 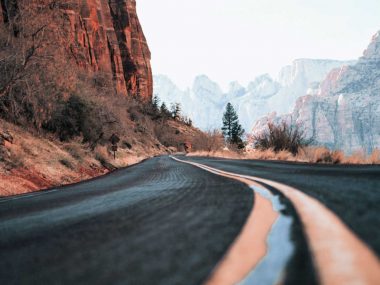 Read More
Post Summary: An epic list of fun road trip questions and would you rather prompts so you never…
Read More 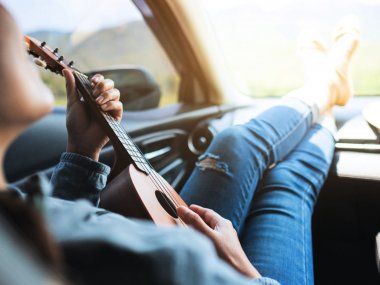 Read More
Looking for some fun things to do on a road trip to pass the time? Whether you’re traveling…
Read More 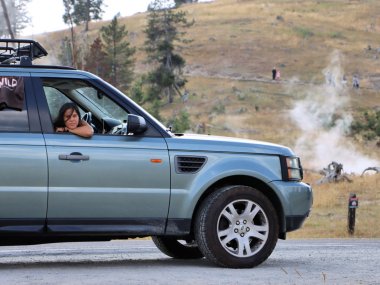 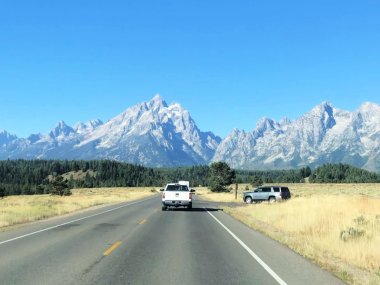 Read More
Post Summary: How to plan a cross country road trip including the best routes, tips, and resources to…
Read More 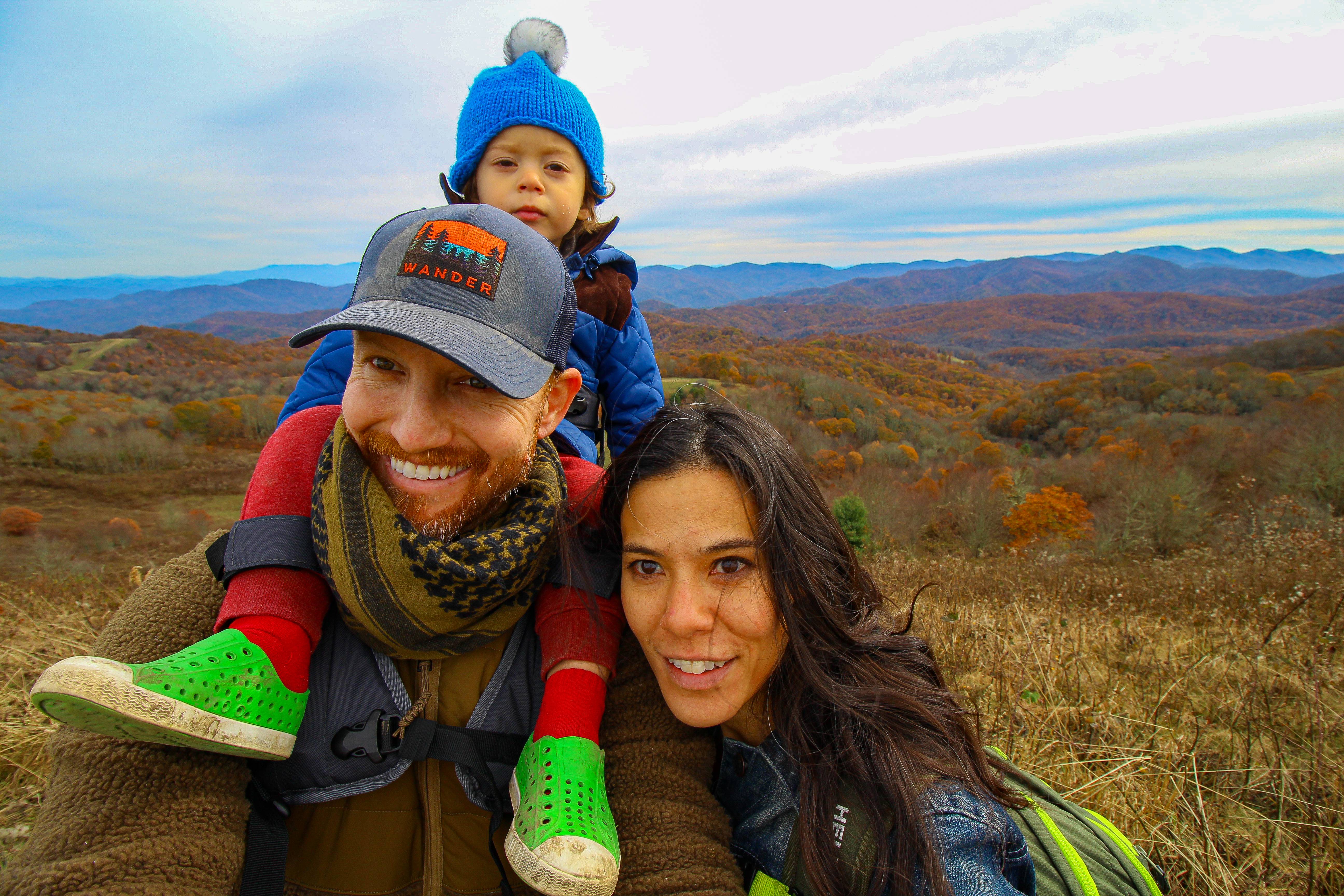 Hi, we're Christina and Brad, former full time travelers who have happily settled into part time nomad life. What does that mean? We travel...a lot. Our blog is here to inspire and help you in your travels and adventures. Led by our own journey, join us in learning about Idaho, National Parks, road trip travel, family travel tips, and of course living a wilder life.
Learn More Here 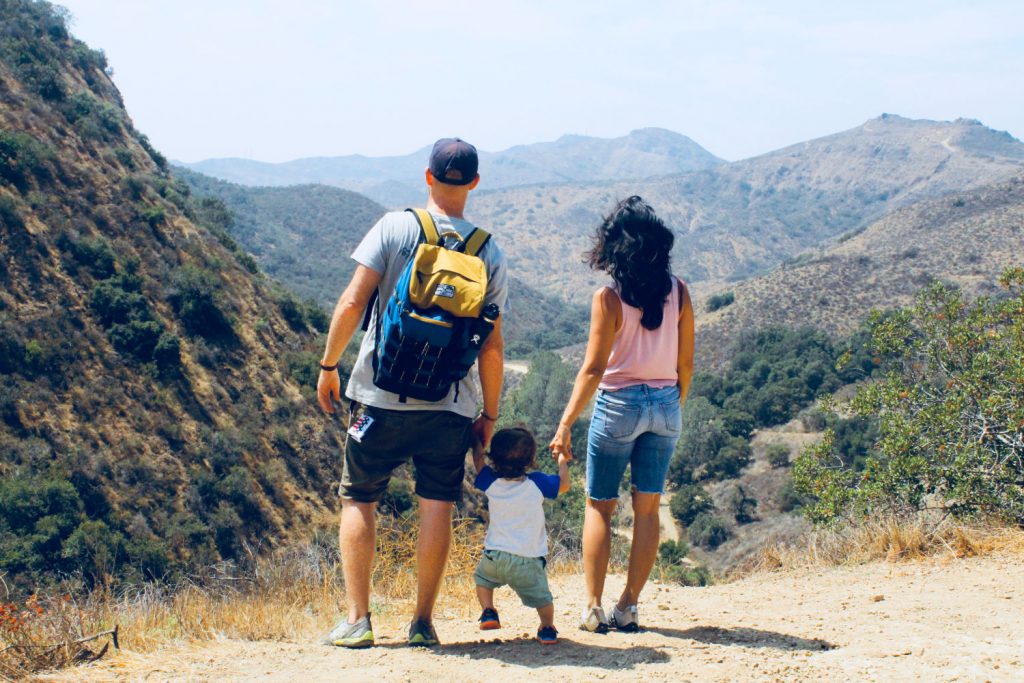 Sign up now to receive our FREE travel hacking tips, wanderlust inspiration, and exclusive content just for our subscribers.